We use cookies to give you the best experience. If you do nothing we'll assume that it's ok. Accept    More Info >>
Advertise your properties

Properties for Sale in Les Collons

Les Collons can be reached by plane via Geneva from the main UK and certain regional airports. In addition during the winter Sion can be reached direct from the London airports and then by bus or car hire at the airport. A train service operates from Geneva to Sion where a bus service can take you to the resort. Approximate transfer time 2 hours from Geneva. By road Les Collons is 1 hour 45 minutes from Geneva.

This dual season, East/South facing, snow sure village, split on 3 parallel terraces by pine and larch forests at elevations of 1800m, 1850m and 1900m in the Valais region of Switzerland is only 15 km (20 mins) from Sion and 1 hour 45 minutes from Geneva Airport. The local Sion Airport takes some flights during the winter and is currently undergoing upgrades and could, longer term, have a substantial impact on future property prices.

Each of the terraces are linked into one of largest and highest skiing areas in Europe and the largest in Switzerland, the 4 Valleys. With snow from November till April, the network of ski trails that make up the 5 star 4 Valleys, to an altitude of 3300m, caters for all levels from beginners to experts, covering some 400km of slopes and 92 lifts that link with the famous resort of Verbier. Off Piste skiing has come into its own in the 4 Valleys, commonly known here as free riding.

Les Collons boasts all the usual amenities, including sports shops offering everything from ski equipment, rental and ski school to restaurants, bars and a couple of supermarkets. A swimming pool and other facilities can be found just 10 minutes away in Thyon on the free ski bus, as well as kids club and creche. A Spa is also being built in the near future in the village, which will bring many more amenities as well as visitors and hence rental possibilities.

From Les Collons you can see the world famous Matterhorn mountain as well as being able to take in the spectacular array of peaks at your finger tips.

Properties For Sale in Les Collons

There are no properties matching your search criteria. 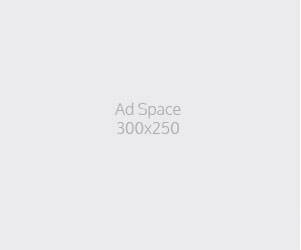 Join our newsletter to keep updated on current deals, properties and news! Simply enter your email address below: